Happy November, friends! Despite the incomprehensible weather we are having in North Carolina as usual, November feels like the true beginning of fall for me, and I am excited for more fall weather and the upcoming holiday season. It looks like I was a voracious reader in the month of October (this often happens when all of my library holds become available at the same time haha), and I do have some book recommendations, should you be looking!

Margot returns to LA with her friend who is moving there, and she finds her mother Mina dead in their tiny apartment in Koreatown. As an only child of a single mother, Margot tries to make sense of her mother’s death and discovers an entire past of Mina’s Margot knew nothing about. Growing up with an immigrant mother who had to raise four children on her own in a new country, I can completely understand how Margot, like many children of immigrants, sees her mother fight for survival daily, gets frustrated with the language barrier and cultural difference, and forgets that our parents are whole, complex being with a lifetime of histories and feelings. The story is told both by Margot from the present and Mina from the past, and I found it beautiful to see their love for each other, sometimes despite their misunderstanding and lack of communication.

EVERYTHING INSIDE by Edwidge Danticat – 4 stars

In this collection of short stories, there wasn’t a single story that didn’t move me or touch me in some way. Edwidge Danticat expertly paints the diverse narratives of Haitian people: those living in Port-au-Prince, those living in Miami, those who have experienced loss and are grieving, and those who are facing their end. Danticat’s storytelling is incredible, and you really get to know and come to care about the characters in these very short stories. I know short stories can be a hit or miss, but I do not hesitate to recommend Everything Inside.

If you follow me on Instagram, you know I have been watching and loving Downton Abbey. While I was reading American Royals, I was high on fancy/royal people drama haha. American Royals is what America may look like if George Washington was the first king and his descendants reign as the head of the United States of America. American Royals is told by four different girls: Princess Beatrice who will be America’s first queen to rule, Princess Samantha who feels unappreciated and forgotten as the extra Royal child, Nina who is Sam’s best friend and also a commoner; and Daphne whose life ambition is to marry Sam’s twin brother Jefferson and be royalty. There is friendship drama, love triangles, sibling rivalry, the burden of the crown, and more. Definitely a fun, quick read. I cannot wait to read the sequel Majesty whenever my hold is ready for pickup at the library!

The story follows Cora who was born on a cotton plantation in Georgia and whose mother was the only slave from the plantation to have escaped up North. With Caesar who recently arrived from Virginia, Cora follows her mother’s footsteps. As Cora travels up North, we see the moving pieces (both figurative and literal) of The Underground Railroad. This book also touches on the cruelty of forced sterilization of Black Americans and the Tuskegee Syphilis experiment. A powerful read. If you haven’t read The Nickel Boys by the same author, it’s a must! It was one of my top reads from 2019.

Family and friends gather on a remote island in Ireland to celebrate the bride and groom, a magazine publisher and an aspiring actor. There is a lot of tension that continues to rise as the story progresses. The chapters are told by the bride, the bride’s sister, the best man, and one of the wedding guests whose husband is awfully close to the bride. This book really picked up for me in the last third/quarter of the book as the details merge together to tell a singular story. I guessed one of the connections, but the rest took me by surprise! If you love a mystery/thriller, give this a read.

THE RETURN by Nicholas Sparks – 3.5 stars

Would you believe if this is the only second book by Nicholas Sparks I have ever read? (I am pretty sure I read The Notebook in high school.) I was fortunate to have won a book giveaway by NC Bookworm and was gifted this book by the publisher. Set in New Bern, NC, The Return tells a story of love blossoming between Trevor, an injured Army doctor, and Natalie, a deputy sheriff. There is an element of mystery surrounding Callie, a teenage girl living in a trailer park nearby, and how she might have had something to with the death of Trevor’s late grandfather. I guess I do not read a lot of books about North Carolina, but it was fun to see a story that takes place in a town that I have been to and Salem Academy being mentioned. Nicholas Sparks is superb at writing easy-to-read, feel-good romance, and this was no exception.

THE VANISHING HALF by Brit Bennett – 4.5 stars

The Vignes twin sisters Desiree and Stella are from Mallard, a rural town in Louisiana where light-skinned Black people have built their own community, separate from both the whites and other Black people. Their lives diverge after they leave Mallard when Stella disappears to restart her life as a white woman and Desiree returns to Mallard with her daughter who is much darker. You also meet their daughters whose lives are so drastically different but also connected somehow. The book is titled so appropriately as I feel like the word “vanishing” describes Stella on so many levels—physically disappearing, completely leaving behind her family and friends as she does not stay in touch, shedding her identity as a Black woman, and putting on a character of a white girlfriend/wife/mother. This might be the most talked about book of 2020, and I see why—there is so much to unpack in this book. I thoroughly enjoyed it.

As always, I’d love to know what you are reading and your favorite recent reads! 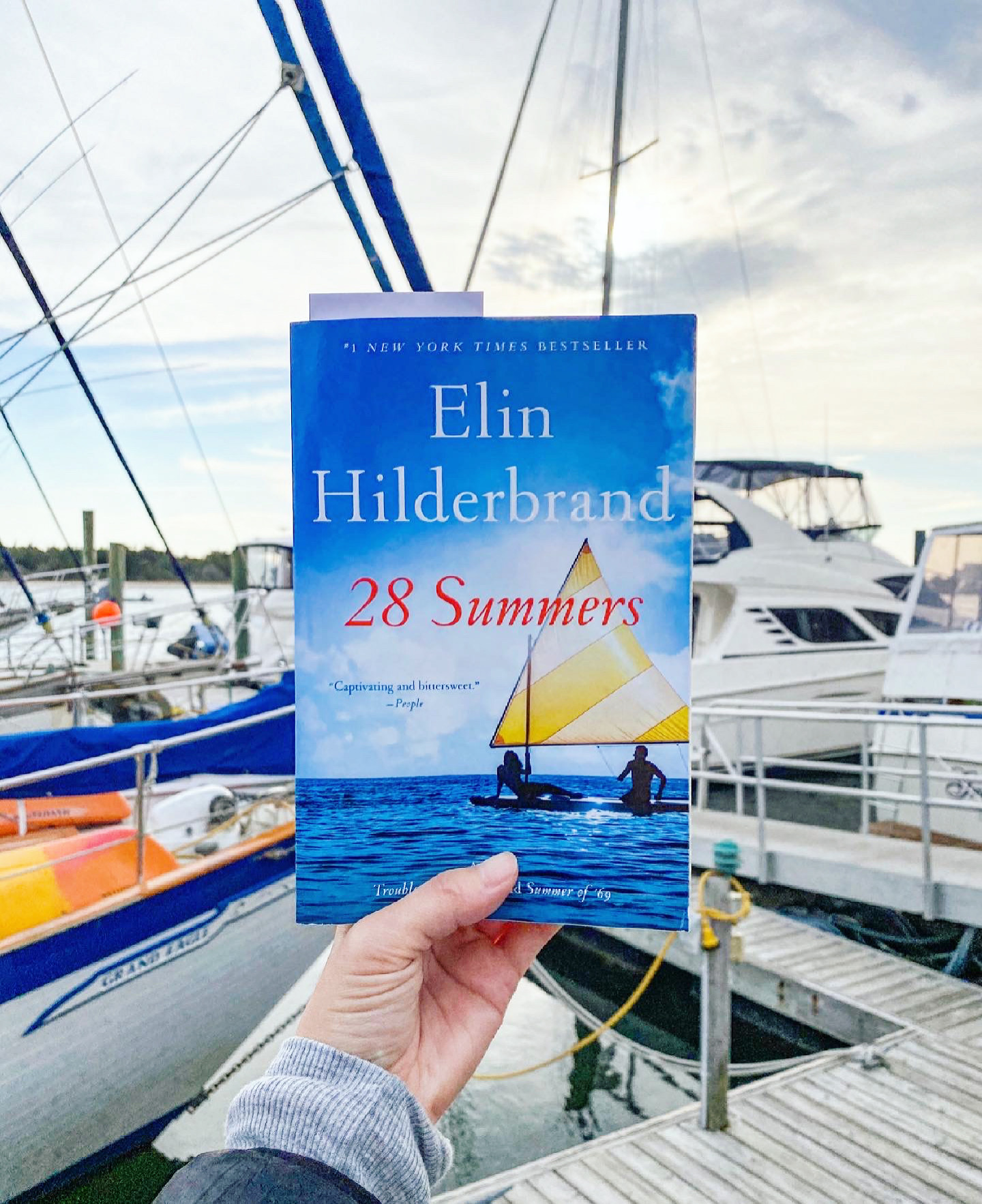