Hi, friends! March was a rough month for me mentally, and I didn’t read a whole lot. I watched some TV and scrolled on my phone, but otherwise, I don’t remember what I did. My reading list is a little bit all over the place but I read a couple of really good books.

THE DUKE AND I by Julia Quinn – 4 stars

The Duke and I is the first book of the Bridgerton Series and equivalent to the Netflix show Bridgerton. If you are not one of the 63 million households who haven’t seen the show, Bridgerton is a period drama set in Regency England; there are eight Bridgerton children and each book revolves around one Bridgerton sibling. In The Duke and I, Daphne Bridgerton, the fourth child and the eldest girl of the family, has become of marriageable age and is in need/want of a suitable husband, which is a challenge until the Duke of Hastings (also known as Simon) returns to London from his travels abroad. Daphne and Simon come up with a scheme that will benefit both of them using the social season though they develop feelings for each other. An Instagram follower told me that Bridgerton was a cross between Downton Abbey and Gossip Girl, and (while I have not seen Gossip Girl) I would say that is an accurate description. I had no idea that the show was based on a book series, but you know I had to read it once I learned!

While the overall plot of Daphne and Simon falling in love is the same between the book and the Netflix show, there are quite a bit of differences in terms of events, whether or not they take place and the order in which some of the events occur. The plot is completely devoted to Daphne and Simon’s love story so you will miss some of the drama from the TV show. While younger Bridgerton siblings and the Featheringtons appear in the book, they do not contribute to the plot like in the TV show. I am looking forward to read the rest of the book series to “meet” them because Eloise Bridgerton and Penelope Featherington were two of my favorite characters. Speaking of which, I personally found the characters in the book to be livelier and funnier, particularly Daphne and Lady Bridgerton.

If you enjoy a lighthearted romance with some drama and happy ending, I recommend The Duke and I regardless of whether or not you have seen the Netflix show. I will certainly be reading the rest of the series so expect more Bridgerton book reviews (and possibly spoiler alerts) from me in the coming months!

While Trick Mirror is reflective of Tolentino’s personal experiences, do not expect a memoir as it really is a collection of cultural critiques. Tolentino writes and forces you to evaluate your perspectives on: social media and how we construct our personas online; the ways in which women are conditioned to always optimize ourselves to improve our worth (I read this one right after a virtual barre class and I will never think about barre the same way again); a long-standing history of sexual violence and rape, particularly prevalent in Greek life; the similarities between God/religion and drugs in the ways they make you feel; and the traditionalization of marriage and her ambivalence towards the institution of it. My favorite essay from Trick Mirror was the Pure Heroines which Tolentino explores the transitions from “innocence in childhood too sadness in adolescence to bitterness in adulthood” for women through literary characters.

There is a lot of research referenced throughout the essays so I didn’t find it super readable. I had to pause frequently to process what I had just read so it took me a while to get through the book. In my personal opinion, some of the essays could be separated into shorter, more niched essays. However, I think Trick Mirror is a book I would enjoy and appreciate after re-reading. Recommend it if you are looking for something thought-provoking but beware this is not a light read, both in terms of writing and some of the topics discussed.

Another book I read in Korean! Please Look After Mom begins after Mom’s disappearance. Mom and Dad come up to Seoul to visit their adult children like they have done many times before. Except this time, the children trusted them to navigate to the younger son’s apartment on their own. Mom gets separated from Dad at a crowded subway station and goes missing. Her family looks for her everywhere but cannot find her. The chapters in the book are told by a different family member, beginning with the older daughter and ending with Mom herself. As the family looks for Mom, they reflect on their memories with mom, which reveal a part of Mom’s story as well as their regrets—in how they took her for granted and never made an attempt to get to know her, all of which led Mom to be alone, forgotten, and lost.

I cried so many times reading this book. I felt for Mom in this book because I could see my own mom and my grandmothers in her. This book tells the story of so many mothers who did the best they could do for their families in circumstances given to them. While this book feels distinctly Korean to me, I think there are elements about motherhood that translate across cultures and languages so I hope you give this a go!

THE SPY AND THE TRAITOR by Ben Macintyre – 4.5 stars

While I have read a few historical spy novels, this was my first non-fiction book about espionage! The Spy and the Traitor follows Oleg Gordievsky who was a KGB agent for the Soviet Union during the Cold War. After growing up in a NKBD/KGB family and having received the most elite education, Oleg follows his family’s footsteps to join the KGB. However, he soon begins to question the regime, especially after witnessing the construction of the Berlin Wall and the Warsaw Pact invasion of Czechoslovakia. While stationed abroad in Denmark, he becomes a double-agent for M16 (UK’s secret intelligence service) and provides valuable information and insight that not only helps the UK government but possibly protects the entire world (not exaggerating here). I am going to stop here to spare you spoilers but it gets even better!

It was fascinating to read about the historical events (and how differently they could have turned out if it weren’t for Oleg) and what was going on within each intelligence office (KGB, M15 and M16, and the CIA). This was absolutely a page-turner and got me out of a little rut I was in (I DNF’d two books before starting The Spy and The Traitor ). I couldn’t stop thinking about Oleg, I even watched a documentary his story. Whether you enjoy spy novels or history, I highly recommend The Spy and The Traitor!

I have been putting together a list of my favorite books by Asian (American) Authors to share during the Asian Heritage Month. After I graduated from college, I made a conscious effort to read books by Asian authors, and The Joy Luck Club was one of the very first I read. It is a true classic in my opinion, and I had to re-read it to refresh my memory so I can write words about why I like this book!

In 1949, four Chinese women who recently immigrated to San Francisco befriend each other and start the Joy Luck Club where they gather to eat dim sum and play mahjong. Beginning with one of the daughters, June, joining the Joy Luck Club to fill in for her mother who recently passed away, The Joy Luck Club tells the stories of these four Chinese mothers and their four Chinese-American daughters. The chapters are organized like the game of mahjong (thank you, a goodreads reviewer) which to me emphasizes the cultural context of the mother-daughter relationships/conflicts. For example, June had never played Chinese mahjong until first her evening at the Joy Luck Club despite the fact that her mother Suyuan was an excellent player and the founder of the Joy Luck Club. The fact that all four mothers and four daughters have equal numbers of chapters in which they narrate made me think about how they all collectively add to this story about mother-daughter relationship.

I love that every characters’s story is so different, complex, and full of life. Asian/Asian-American/immigrant story is almost always portrayed as a vague and singular narrative, which frustrates me to no end. Especially when it comes to immigrant mothers, we never think about their lives before they became a mother though they have a whole history inside them. From reading the Joy Luck Club mothers’ somewhat tragic childhoods, you understand them–why they are so protective of their children and why they give words of wisdom that sound a bit mysterious, while the daughters, not knowing those stories, attribute them to the traditional Chinese culture they don’t understand.

What’s a good book you read this month? 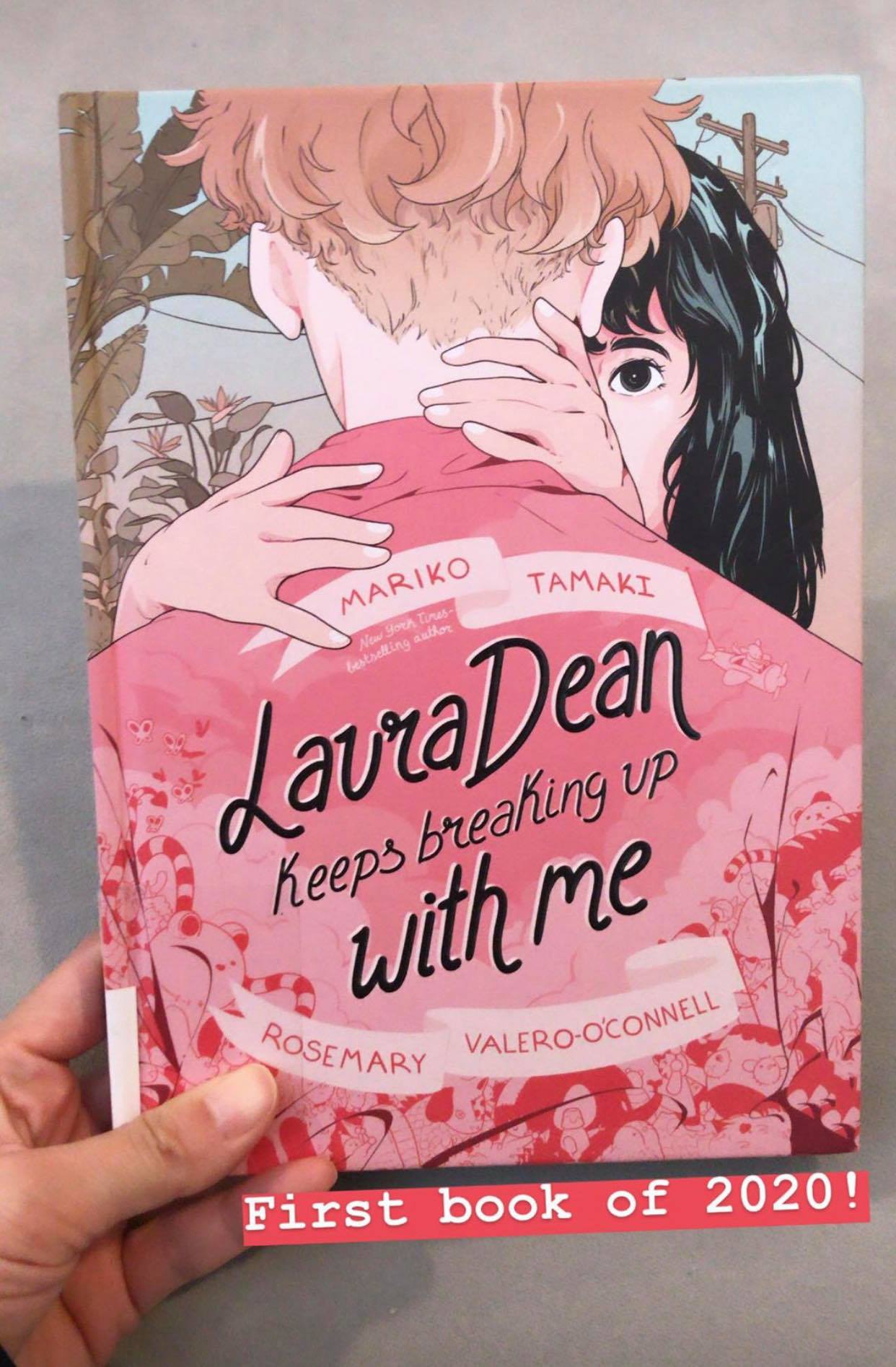