Happy November, friends! I’m a few days late but I finally got around to writing this post. As always, better late than never. 😉

EVERYTHING I KNOW ABOUT LOVE by Dolly Alderton – 3.5 stars

Dolly Alderton is a British freelance writer, and her memoir Everything I Know About Love is a book about growing up and all kinds go love. Some chapters are funny (I listened to this on audiobook and my partner was giggling and laughing out loud while he was around); some are emotional and heartwarming. Overall, I enjoyed it but I was a bit bored and mostly wanted it to be done towards the end (it could be just me being distracted/impatient though). There’s a Hulu show based on this memoir, and I think I would like that TV adaption better!

Recently, I’ve felt let down (almost annoyed) by some really popular romance books (looking at you—Love Hypothesis & Every Summer After) so I had some reservation going into Book Lovers. This was my first Emily Henry book, and I found it to be worth the hype! A workaholic literary agent Nora and equally serious editor Charlie fall in love in Sunshine Falls, North Carolina (it’s a made up city–I looked it up lol) where they didn’t expect to run into each other. I loved seeing a fun, equal partnership with an interesting premise. My only pet peeve was that the “obstacles” they faced were really not that serious and challenging as the book was making them out to be.

WHEN WE WERE SISTERS by Fatimah Asghar – 4 stars

When We Were Sisters is a beautiful and heartbreaking story about three orphaned sisters Noreen, Aisha, and Noreen. After the passing of their father, they are left in the care of their uncle “blank,” who is their late mother’s brother. Preoccupied by people’s perception of him, their uncle often does less than minimum to take care of his nieces, and the sisters do their best to take care of each other and survive their situation. The story is told from the youngest sister Kausar’s perspective as she grows into adulthood and navigates family, gender, religion, and more. This was my first book by Fatimah Asghar, and her writing is lyrical and captivating.

I’ve recently been reading quite a few graphic memoirs; the combination of text and illustrations seems to add more to the experience and I am able to better understand the author, not unlike listening to memoirs on audiobooks! In It Won’t Always Be Like This, Malaka Gharib reflects on her childhood growing up half-Filipina and half-Egyptian, particularly her summers spent in Egypt with her dad and his new family. Gharib explores the “otherness” she felt as a non-Muslim, non-Arabic speaking, half-Filipina American in Egypt as well as a temporary visitor in her father’s seemingly picture-perfect new family. This memoir is definitely on the shorter end but I learned that she has an earlier memoir called I Was Their American Dream, which I want to read soon!

What a fun thriller! Ava Wong is living the model Asian American life–having gone to Stanford, becoming a lawyer, and building a family with her surgeon husband–when her old college roommate Winnie reappears and recruits Ava in her handbag business. Most of the story is told from Ava’s perspective while she recounts the last few years to a detective investigating a case involving Winnie’s handbag business, which may have involved some suspicious and perhaps illegal activity. The narrator for the audiobook does a super job of maintaining suspense. The ending was not as wild or twisted as the buildup but this was a solid thriller and a great audiobook listen.

This is a book worth the hype! I often start reading books without looking up the synopsis, and I mistakenly thought Lessons in Chemistry would be a romance book. This is an inspirational historical fiction about Elizabeth Zott, a (fictional) woman scientist in the 1960s. Elizabeth Zott encounters much sexism in pursuing higher education and getting the respect and credit she deserves for the work she does as a chemist. After a series of unfortunate events, Elizabeth Zott begrudgingly hosts an afternoon TV cooking show geared towards housewives, which changes her life as well as many of the women that watch her show. This was such fun book with a satisfying ending. I can’t believe this is Bonnie Garmus’s first book!

I found Our Missing Hearts to be quite different from Celeste Ng’s previous books Everything I Never Told You and Little Fires Everywhere, largely due to the dystopian setting of the book. The world Ng created for Our Missing Hearts at first looks extreme like that of 1984 but it resembles the post-Trump America rife with violence and hatred towards Asian people. Ultimately, Our Missing Hearts is a story about family, particularly that of Bird, who is a child of a white linguist father and a Chinese American poet mother. Bird’s mom Margaret left the family years ago in order to protect them, and Bird only vaguely remembers their life before the PACT (Preserving American Culture and Traditions Act). I wouldn’t say it’s the most original plot but Celeste Ng once again writes a beautiful story about family.

Siblings Byron and Benny return to their childhood home in California when their mother Eleanor Bennett passes away and leaves behind a black cake and a voice recording. Listening to their mother recount her life, Byron and Benny learn that she and their late father had lived a whole life that they knew nothing about. While reconciling the true origin story of their mother, Byron and Benny have the opportunity to better understand each other and rekindle their relationship after years of estrangement. I REALLY, REALLY liked Black Cake, but I think my expectations were unreasonably high based on some of the praise I’ve heard.

Though I’ve watched the first few seasons of Fresh Off the Boat and Crazy Rich Asians, I didn’t know much about Constance Wu except for the fact that she’s from RVA. I hadn’t even realized she had a memoir out until my sister Jiyoung told me how much she loved it. I really like how Constance Wu took liberty in utilizing the format of memoir. This is not a memoir where you read about everything that has happened in someone’s life in a chronological order. It’s rather a collection of personal essays, with topics ranging from her first job at a bakery to her conflict with her little sister growing up to sexual assault. Wu is extremely vulnerable and honest in her storytelling, which allowed me to understand her as a person beyond a Hollywood actress.

THE FLATSHARE by Beth O’Leary – 4 stars

I think I might like everything Beth O’Leary writes?! I might be getting ahead of myself but I liked The Switch so much and I like The Flatshare just as much! O’Leary does have a knack for coming up with a premise that is just a bit ridiculous and perfectly refreshing. The Flatshare is quite a literal title for what happens. Tiffy broke up with her shitty boyfriend for good and needs to move out of his apartment ASAP. Leon is a night nurse who meeds money. Tiffy moves into Leon’s apartment and they quite literally share a bed, allowed by their opposite schedules. After months of communicating via sticky notes all around the apartment, they develop a friendship which turns into more… A fun, lighthearted romance with a happy ending!

Amy Bloom shares a deeply personal story of her late husband Brian’s assisted suicide. While I’ve been in support of assisted suicide for years, I was not familiar with what it entails and the challenges of it being a reality in many places, including most US states. Listening to Bloom recount the years leading up to Brian’s diagnosis of Alzheimer’s disease, the difficult decision he makes to end his own life on his own term, and the even more challenging process to pursue assisted suicide was heartbreaking. But as with life and love, there are many funny moments and happy memories she recounts. A beautiful and important memoir.

I read Jesmyn Ward’s Salvage the Bones years ago, for my college first-year reading, and her more recent novel Sing, Unburied, Sing when it came out but for some reason, I was not aware of her memoir Men We Reaped. This was one of the books I received in my Letters Sidecar Subscription, and I’m grateful I did. In Men We Reaped, Jesmyn Ward writes about her community and her loved ones. She recounts the deaths of five young men in her small Mississippi town, including her younger brother. The chapters alternate between the young man’s life story and Jesmyn’s life throughout childhood and her 20s. This book affected me and opend my eyes in a way that I didn’t expect.

I have never read anything like True Biz before! Set at residential River Valley School for the Deaf, True Biz follows the school’s principal February, a new transfer student Charlie, and a River Valley legacy and model student Austin. I learned so much about the Deaf community while reading True Biz–the struggles and isolation many deaf students experience, the fear of closing that is very much a reality for many deaf schools, the pride the Deaf community feels, and more. Additionally, there are illustrations of sign language as well as snippets of history about Deaf community and sign language throughout the book. I thoroughly enjoyed and appreciated learning about the Deaf community in the format of contemporary fiction/YA. 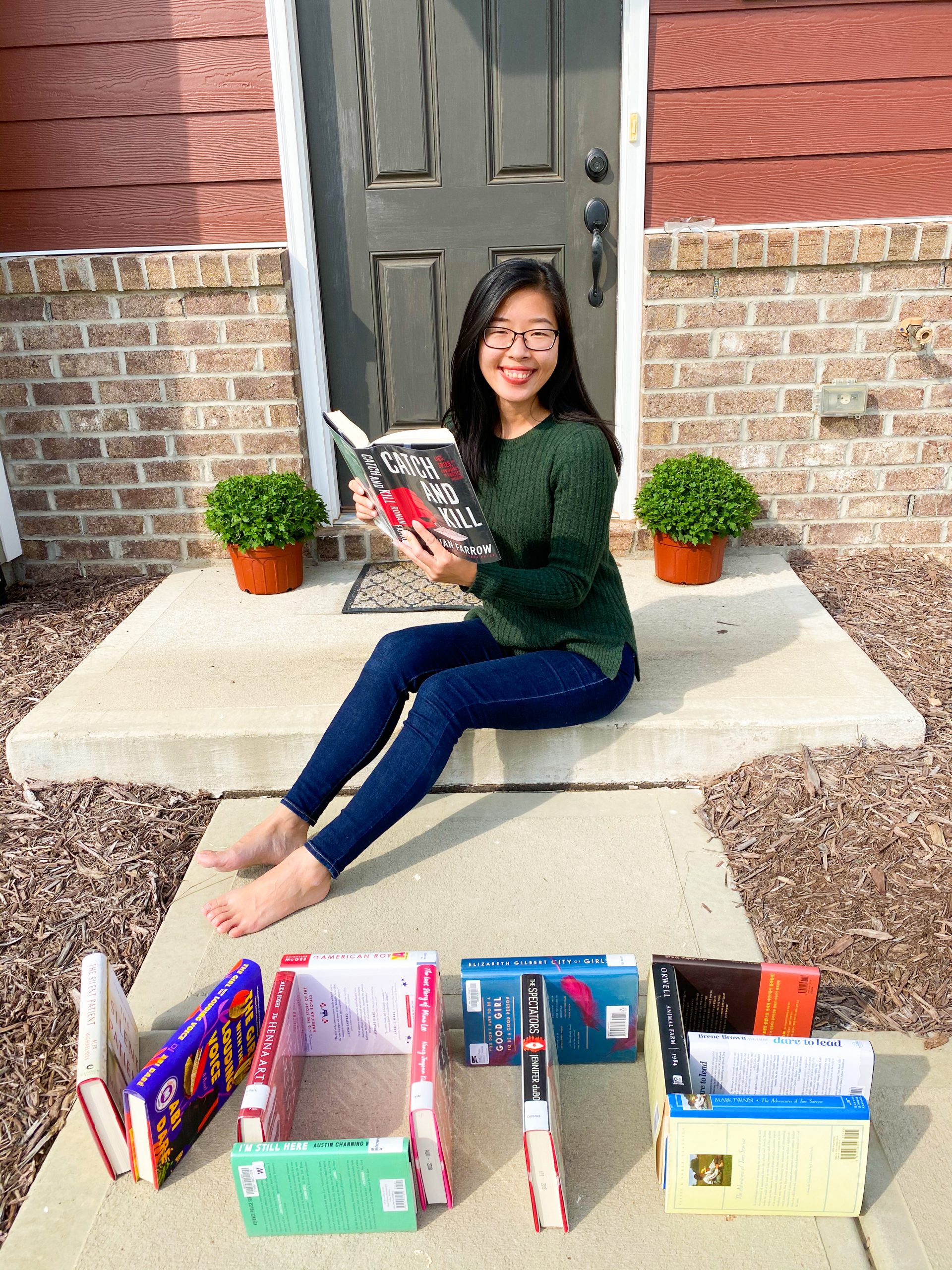 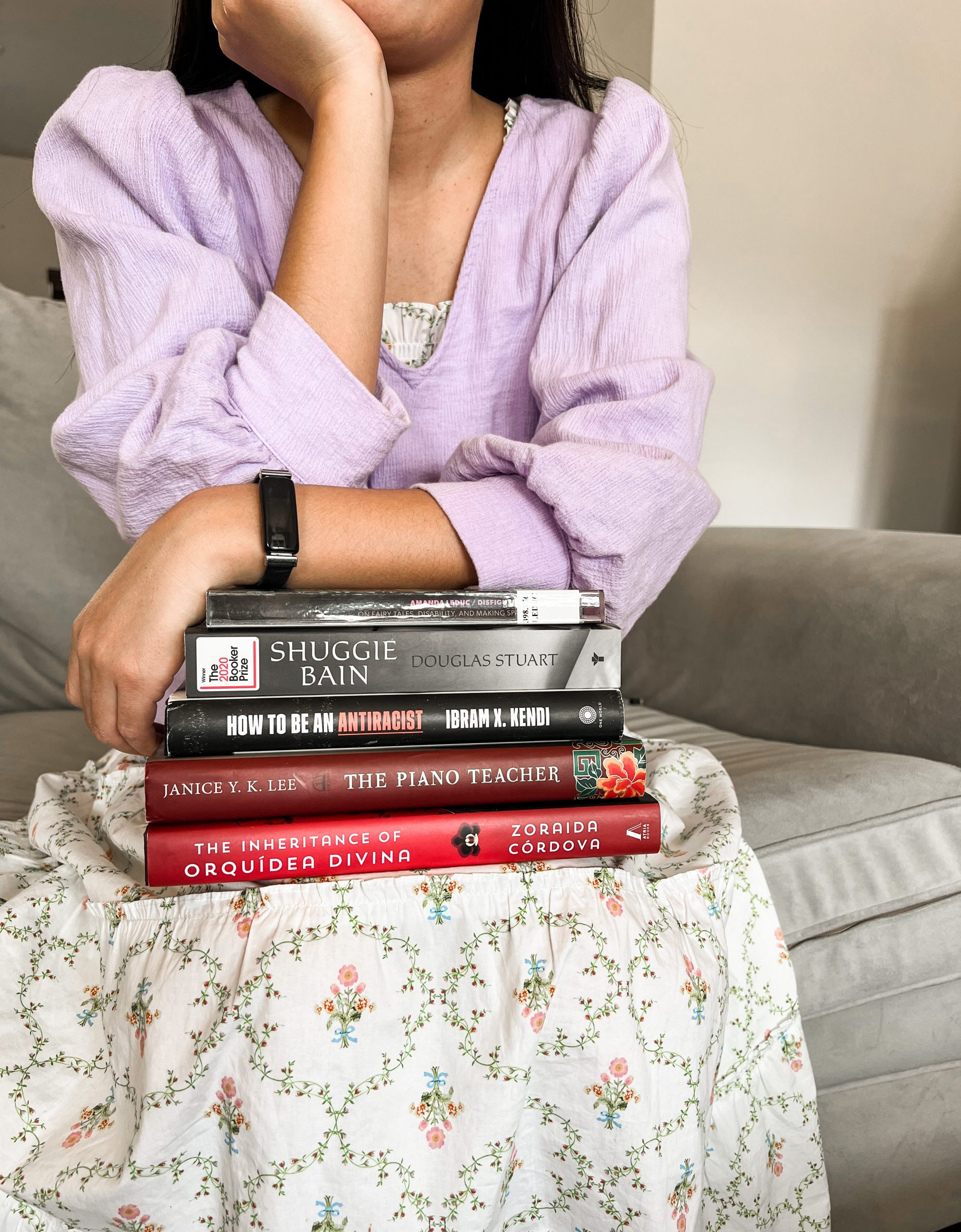 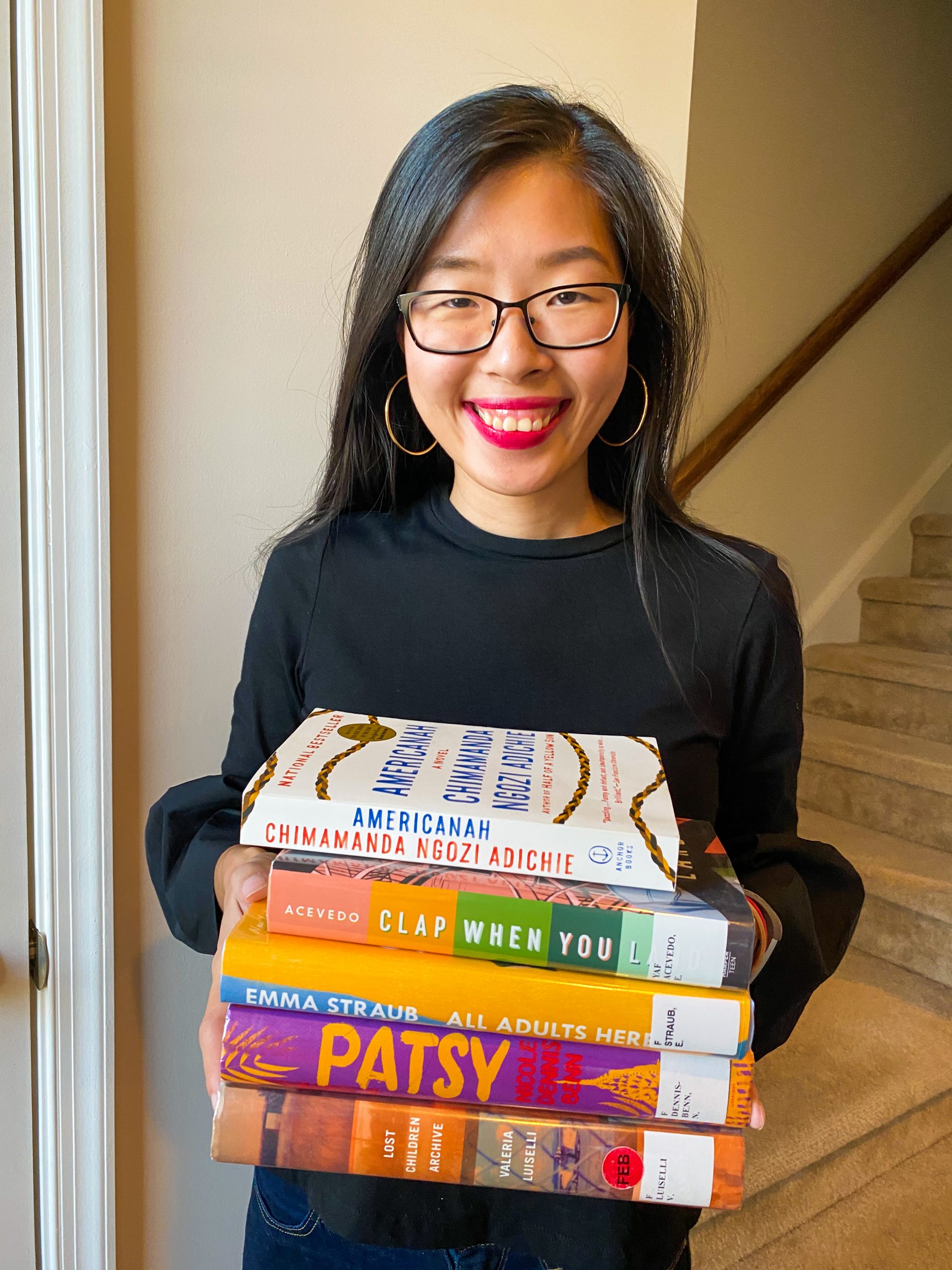