Hello, folks! I am writing this on the last day of November, which possibly is my favorite month of the year, partially because it’s my birthday month and partially because it’s officially the holiday season in my books. This November was a fun and busy month. Here are all the things I was up to in November:

We returned to DPAC for the first time since the pandemic began to watch Dear Evan Hansen! I had never seen the show before and heard great things about it, which all turned out to be true. We made a whole date night out to it by going to Pompieri for pizza beforehand (if you sign up for the mailing list, you get a free Margherita pizza during your birth month!) and Alley Twenty Six.

Before going out of town, I officially kicked off my birthday weekend with a Friday lunch at Sushi Suyu. It’s my favorite sushi restaurant at the moment. Truly ALL of their rolls have been exceptional (I still need to try their nigiris), and they have a fantastic lunch deal during the week where you get two rolls for $23. They’re in downtown Apex so it’s a bit of a trek but 100% worth it!

Alex planned a trip to Boston for my 30th birthday, and we had the best time! I loved how walkable and accessible Boston is, the little parks interspersed throughout the city, all the neighborhoods with their distinct personalities… I would seriously consider moving if it weren’t for the cost of moving.

While in Boston, we went to Beacon Hill Books & Cafe, a new indie bookshop with the most darling branding, which included “Paige” the squirrel. I LOVE squirrels (more so in stuffed animal form) so Alex got me a Paige. I have another stuffed squirrel from my college bookstore so now I have two squirrel sisters that reside on my TBR bookshelf. Aren’t they adorable.

Alex started a new job after months of job searching and interviewing so I took him out to dinner to celebrate! It was our first time at Fine Folk, and we made another reservation immediately because we loved it so much (hello, bottomless mussels!).

The chaos you see in this photo is attributed to the lack of a filing cabinet in my life. I have accumulated way too much paperwork and had been telling myself I will organize them all once I get a filing cabinet. Well, that has been going on five years by now so one day, I decided to do what I can with folders and a big crate I have come to own. It took a couple of days to sort through, purge, and organize this mess but I feel so much better and a lot more like an adult.

Ordering the Korean American cookbook was almost an impulsive decision but one I do not regret. I have cooked a few things from it already—Mac and corn cheese, lasagna with gochugaru, sesame-soy deviled eggs–and I’m excited to try more of Eric Kim’s recipes!

We went back to Jordan Lake Christmas Tree Farm this year and picked out a tree! Not going to lie, I was shocked to see so many trees already claimed on their second day of opening (the weekend before Thanksgiving weekend). We found a cute little tree I’m happy with, though, and I’m even happier to have this annual tradition.

My sister Jiyoung took me to a new-to-me thrift store called Cause for Paws. It’s run by a nonprofit that raises money for displaced animals. They actually had several cats available for adoption inside the store! I picked up a few thins from Cause for Paws, which are pictured above–a wool sweater to replace the one I shrunk recently, a vintage gold frame for my eventual collage wall in my office, and a Christmas potholder I plan to use year round.

Alex and I usually take turns spending Thanksgiving withe each of our family but this year, we did two Thanksgivings! We first celebrated with my family in the Triangle on actual Thanksgiving day, and on Black Friday, we drove down to South Carolina for dinner #2 with Alex’s parents and grandparents!

Saturday after Thanksgiving, we took my mom to her first Clemson game! She recently went to her first football game ad loved it so I knew she was going to like this one too. My mom is the most athletically competitive person so she really got into the game. (Sadly, Clemson lost to South Carolina by 1 point)

I had wanted to gift myself some sort of jewelry for my 30th birthday, and after months of online shopping and going back and forth, I decided on the Small Heirloom Signet Ring from Catbird.

Alex and I’s five-year anniversary was yesterday, and we went to the new M Sushi in Cary to celebrate! Excuse this horrible photo which is the only photo I took (I have some video footage for a reel/TikTok, fingers crossed). We did the omakase, which we were thoroughly impressed with (to be quite frank, I have never been blown away by M Sushi Durham…).

Fenton (where M Sushi Cary is located) is decked out for Christmas–they even have an ice rink! I was not dressed whether appropriately for such activity but all the Christmas decorations made my heart happy and we had to take some photos even if a lot of them were selfies in poor lighting. 😉

Until next month, friends! 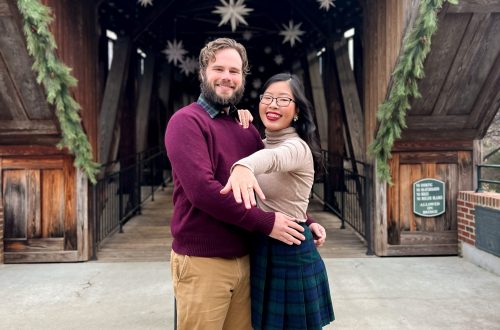 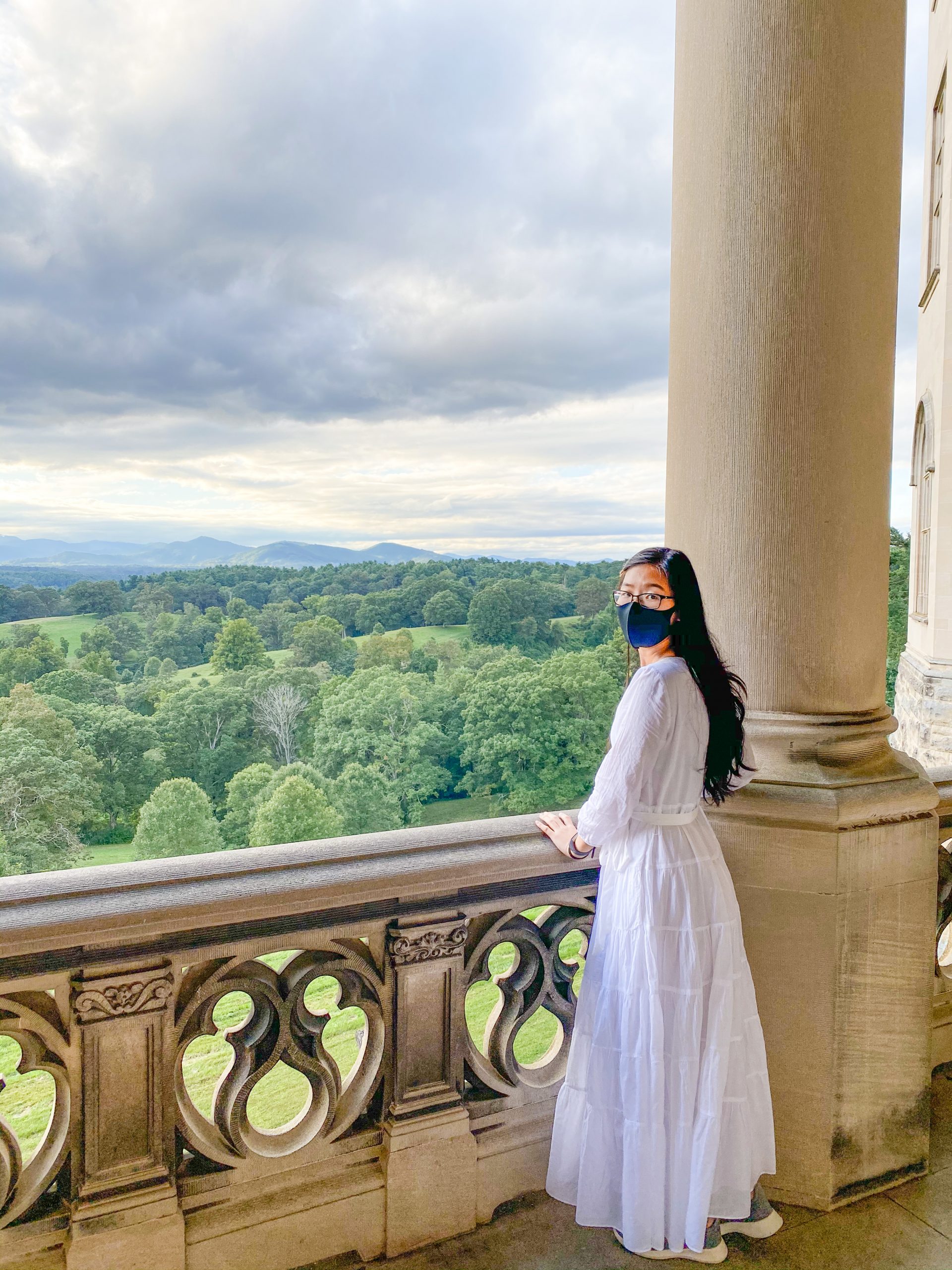 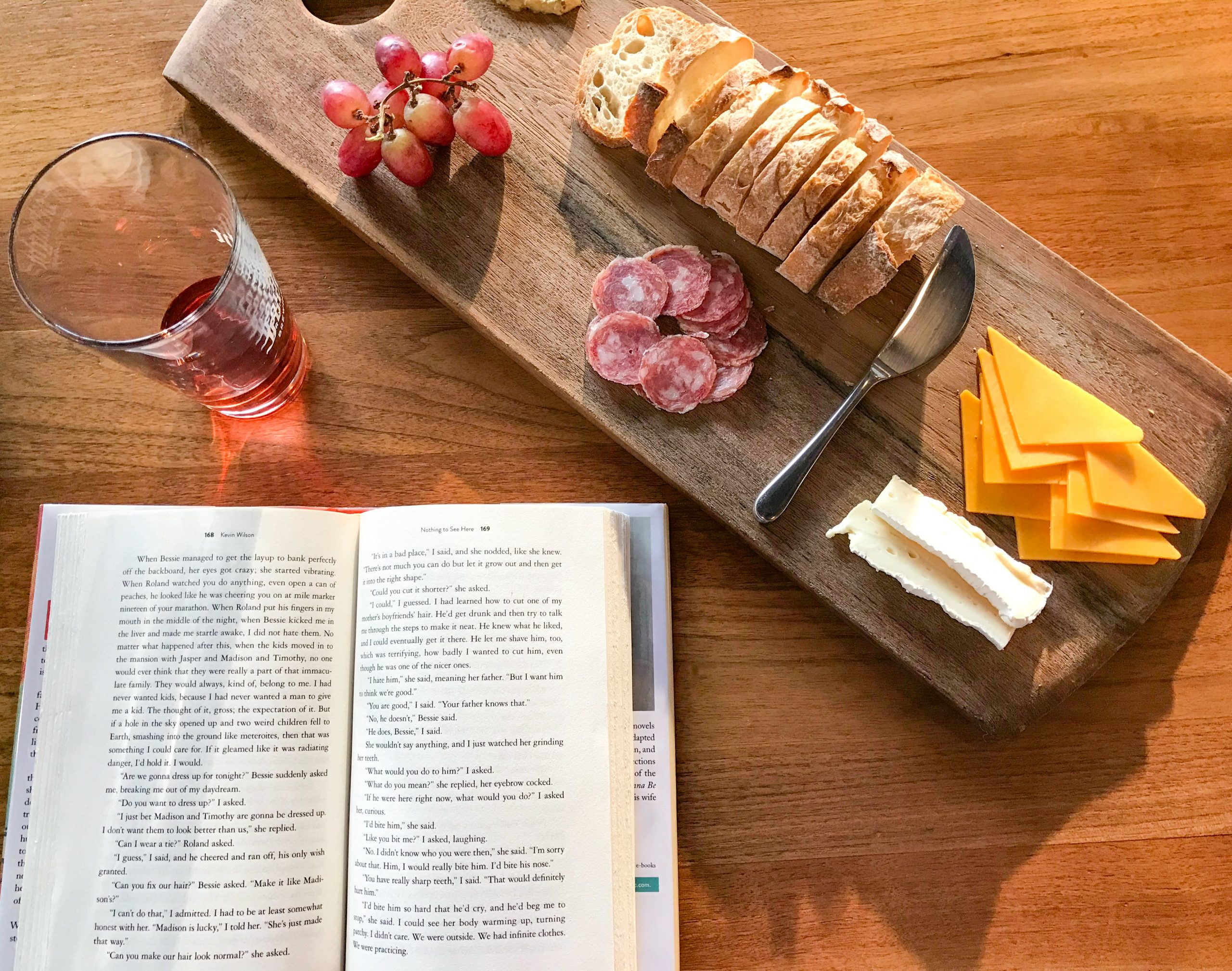