Hi, friends! I just returned from NYC yesterday after spending a few days in the city with my sisters and cousin. This was actually my second time ever visiting NYC (my first time being back when I was in middle school) so I had to document this trip on the blog! This will be a bit of a chaotic highlight of the trip, which is an accurate representation of the trip itself.

New York City in Christmas time was so special! There was Christmas decor everywhere throughout the city which really got me in the mood for the holiday season. We hit the most of the major photo op spots:

My family loves to eat so eat, we did! We went to Woorijip twice while were in the city. Located in Koreatown, Woorijip has grab-and-go Korean food, sort of like K&W Cafeteria. They have a wide range of more street-food items like Tteok-kkochi (rice cake skewers) and fish cake soups to full-on meals like bulgogi and stews. The prices are so reasonable, and they also have seating so it was super convenient all around!

We naturally had to have bagels because….NYC?! Kinda of cheesy but Best Bagel & Coffee was so good! Because we were eating multiple breakfasts on most days, my sister Jiyoung and I shared a lox bagel and it was the best lox bagel I’ve ever had. I’ve been thinking about their garlic bagel since! I brought back baker’s dozen bagels from Ess-a-bagel which I still have to try but they smelled wonderful.

One of the first things we decided on for this trip was doing an omakase dinner. There are a lot of relatively affordable sushi options in NYC but we decided on Takumi Omakase after one of my sisters found it on Instagram. It’s $89 for 15 courses and they do BYOB! This was my first real omakase experience (with the sushi chef in front of me) and it didn’t disappoint.

You know me–I must visit local bookshops whenever I’m traveling!You & Me Books in Chinatown was at the top of my list of places to visit while in NYC. I had been following their Instagram since they opened (which has given me quite a bit of FOMO because they have Asian authors come in for all the cool events they host) and I was ecstatic to visit! It was the smallest of the bookshops I went to but every corner was cozy and adorable. I picked up a couple of postcards and a copy of Beautiful Country, which was one of my favorite reads from this year, because it was 40% off!!!

Living in North Carolina means there is no opportunity to buy Korean books in person. Being inside Koreatown’s Koryo Books made me feel nostalgic for Korean bookstores I used to visit when I was a kid. I picked up I Want to Die but I Want to Eat Tteokbokki because it had been on my list for ever and I wanted to read it in Korean!

Did I drag my sisters to Brooklyn to visit Books Are Magic? Maybe, maybe not. 👀 Either way, we took pictures with the iconic mural!

Not pictured but we also went to Kinokuniya (a Japanese bookstore), Housing Works Bookstore (the bookstore in Taylor Swift’s All Too Well film; I saw a TikTok of a microwedding here!), and Mercer Street Books (used book/record shop)!

After falling in love with Boston Public Library, I had to check out the New York Public Library too! I felt like NYPL did not have as many rooms/areas open to the public as BPL did but it did have a pretty cool gift shop and Christmas decor in the lobby. The lion statues outside wore wearing Christmas wreaths around the neck too!

At age 30, I have finally seen my first Broadway show! We did not plan ahead so we didn’t enter the lottery tickets and they were out of “rush” tickets the day of but we were able to get some orchestra seats for Chicago. It was at the Ambassador Theater which was pretty tiny but it made for great viewing experience.

We grew up reading and watching Harry Potter and if you did as well, the Harry Potter Store in Flatiron District is worth a visit! It is a gift shop more than anything but they did a fantastic job with the space (i.e. a phoenix statue like the one at the bottom of Dumbledore’s office). The merchandise makes great gifts, of course! I got a ceramic Chocolate Frog trinket box which I found very well-priced at $25.

I was full on being a tourist the entire time which included taking a photo in THE Dumbo photo spot. 😉 Bless my sisters for keeping me entertained on my first trip to NYC as an adult!

NYC was cold but so much fun! I can’t wait until my next visit (which hopefully will happen next year)! 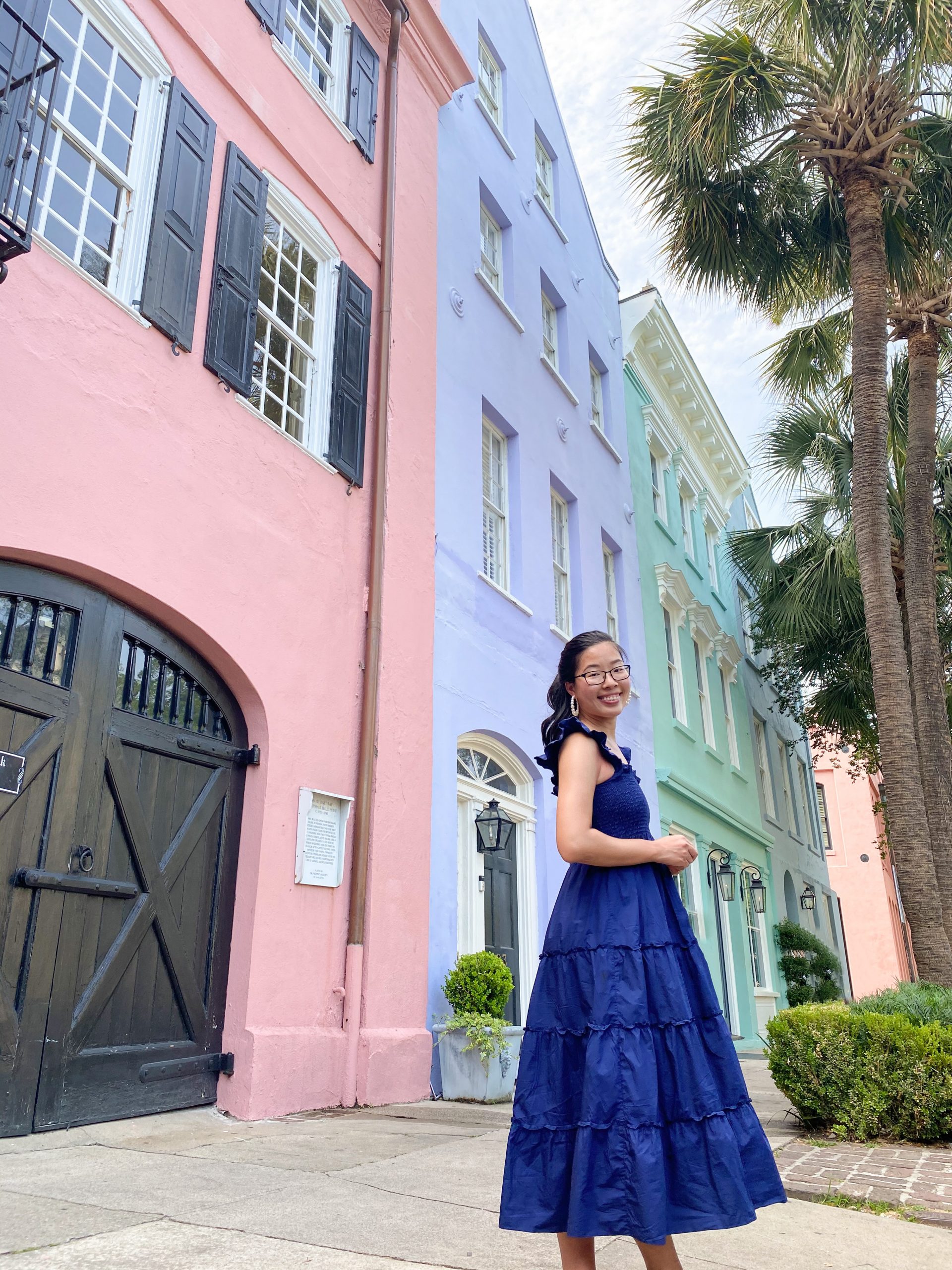 What to Do in Charleston, SC 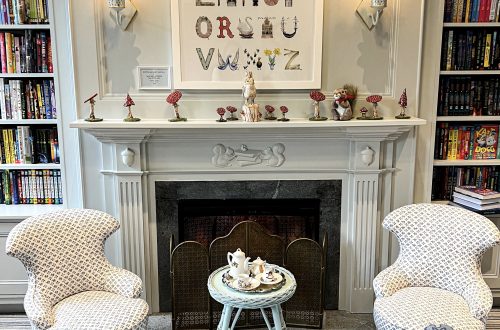 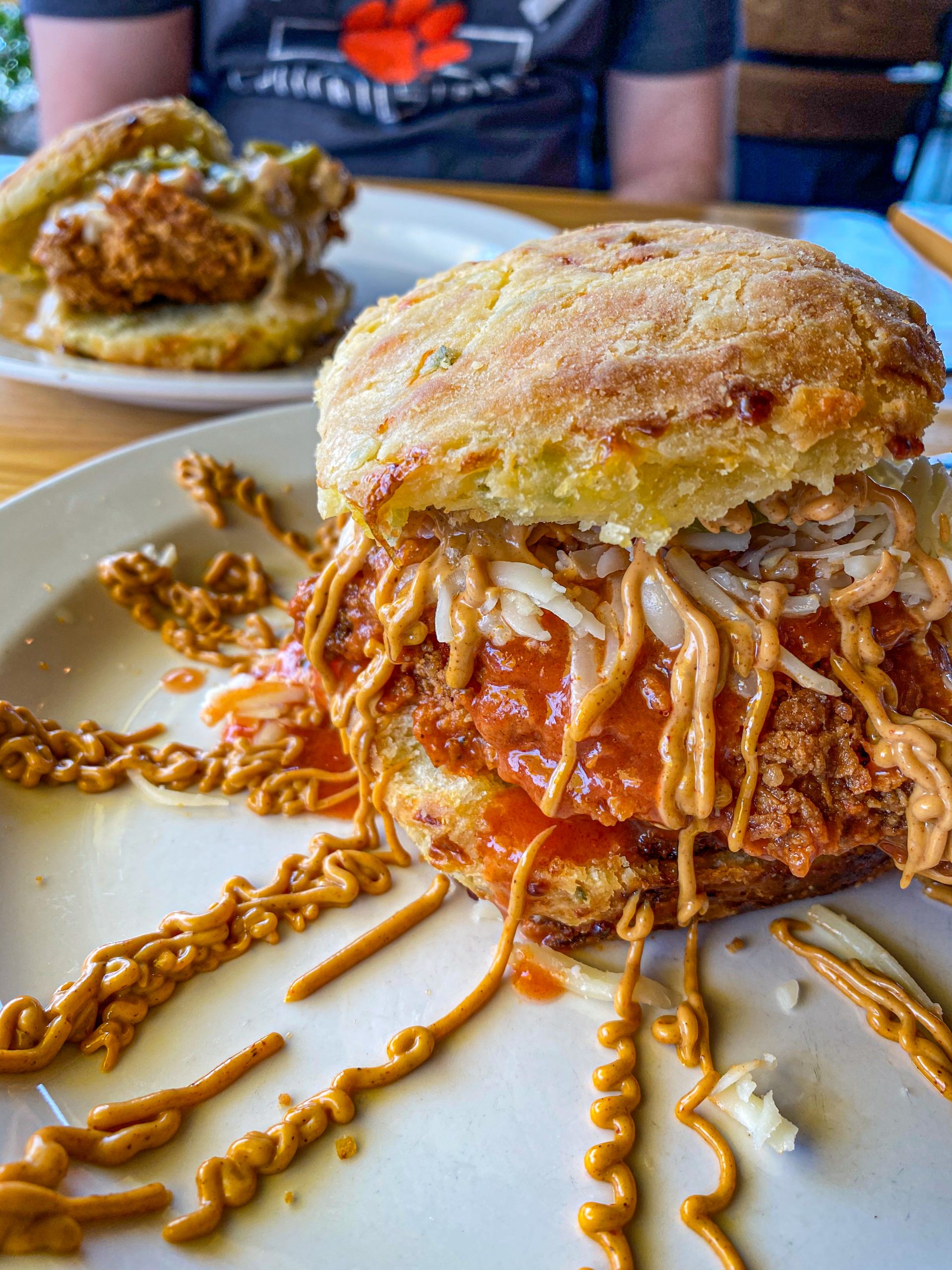